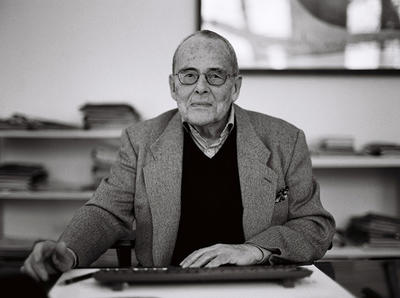 Founded as a non-profit organisation in 1986, the Kunststiftung Poll, or Poll Art Foundation, is devoted to the promotion and study of figurative art in the 20th and 21st centuries. It endeavours to see to it that certain individual artistic positions of Realism, independent of fleeting trends and developments in the market, remain readily accessible to the general public, are competently maintained and enjoy scholarly recognition.

The Foundation’s art collection, which according to the responsible regional authorities has the quality of a museum, plays a central role in these endeavours. Focal point of the Foundation’s own tasks are artistic estates, endowments and work groups from Christel Poll and Hermann Poll, Herbert Kaufmann, Maina-Miriam Munsky and Peter Sorge, among others, as well as works by European artists who have undergone similar developments in the second half of the 20th century. Recently the photographic estate of the art photographer Erhard Wehrmann, who died in 2004, was taken over by the Art Foundation. The Foundation continues to support and acquire works that deal with current social phenomena and with the great realistic art movements of the first half of the 20th century.

From 1997 to the beginning of 2017 the Art Foundation regularly presented exhibitions in its own gallery in the former Music School Mitte, showing not only works from its own collection, but also those of other contemporary artists, concentrating on photography. The preparation of catalogues of the works of individual artists in the collection as well as scholarly projects supplement the activities of the Foundation, which is supported by an advisory board consisting of exhibition curators, artists and art historians. The Art Foundation sees one of its tasks in recalling artistic positions that threaten to fade into obscurity in the hustle and bustle of the market and increasing activities of the art world.

With its latest exhibition project, “Three Berlin Sculptresses on Garnisonkirchplatz”, the Art Foundation wishes to draw attention to the works of three outstanding Berlin sculptresses, Sabina Grzimek, Emerita Pansowová and Genni / Jenny Wiegmann-Mucchi, and at the same time to celebrate the bountiful tradition of Berlin sculpture. The Poll Art Foundation seeks further supporters and sponsors for this project.